How Encryption Can Help Your Business

Internet safety has become one of the most important topics in the business world recently. Companies are being targeted by ransomware and complex schemes that cost them thousands if not millions of dollars, and these criminals are only getting smarter.

According to Forbes, as of 2020 the average cost of a data breach is $3.68 million, and since 2014 cybersecurity attacks have risen by 67% globally.

While larger attacks may be seen on the news, such as the Colonial Pipeline Ransom and the JBS Ransom, as an IT management company we have also seen our SMB clients fall victim to such attacks. One of our clients even lost upwards of $800 to an attack in the past month.

So, how do you keep yourself and your company safe from these internet criminals?

My parents always told me it’s easier to understand where you are if you know where you came from, so here is a brief history of the internet:

Now that we have that all squared away, Let’s begin.

Encryption is the process of converting plaintext information into secret code called ciphertext. The formula used to encrypt plaintext is called a cipher or encryption algorithm. The cipher includes keys as a part of the formula which act as variables. When an intruder encounters the encrypted data, they must guess which cipher the sender was using, and which keys were used as variables. 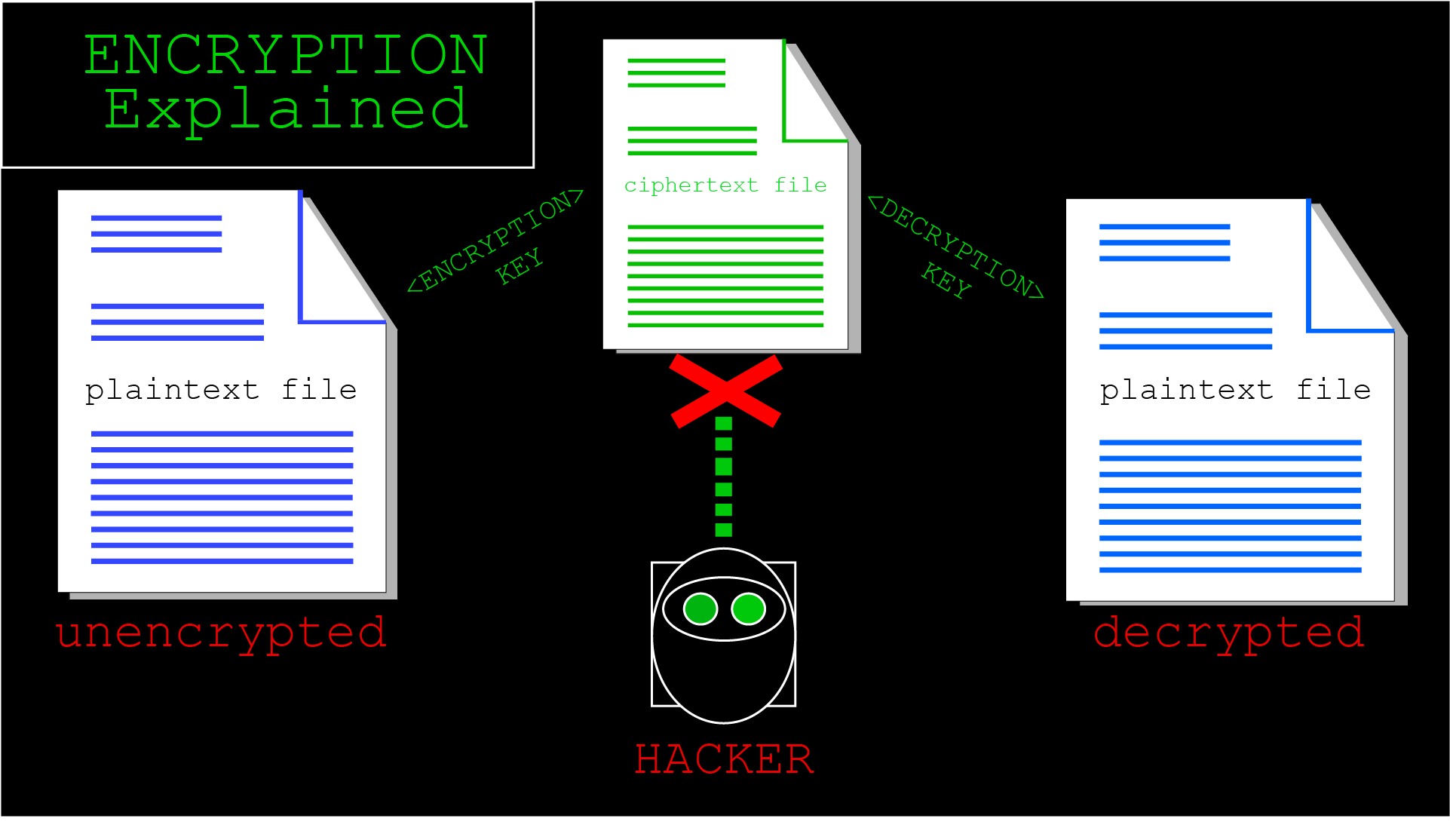 This idea was derived from Caesar’s Cipher, which Julius Caesar himself used to encrypt messages. It worked by substituting the original letters in the message with another letter a certain number of steps down the alphabet. The number of steps is called the key and would have been known by the sender and the receiver. However, using this method would be very easy to break using the computer of today.

The concept of modern encryption works the same way, However, Instead of using one key for the entire message, a key is used for each individual character of the message, and each key will be different. The number of variables in the key are called bits, so a 24-bit key would have 24 different variables changing the message.

Modern communications are encrypted using 256 Bit Keys which means that the Hacker’s computer would have to try all possible options for keys until they could crack the message. However, the number of possibilities would be 78 digits long and would take trillions of years for 100 supercomputers to crack it.

Encryption is a very important tool used by people and companies all around the world for internet security. You can encode files, messages, emails, and much more, rendering them almost impenetrable. However, experts say that within the foreseeable future, the process of cracking encrypted data will become much easier, due to quantum computing. But rest assured, our scientists will invent a new security measure that will be able to handle the capabilities of quantum computing on the computers of the future.

And you can count on us at Black Line IT to keep you updated.

But until then, here’s some easy steps to encrypt files on your PC or MAC

How To Encrypt Files On Windows 10

*not available for windows 10 home*

How To Encrypt Files On Mac

How To Encrypt Emails On Outlook – Windows 10

How To Encrypt Emails On Outlook – Mac

The process of trying to break an encryption is a very timely and tedious process, which makes encryption an easy first stop on our journey to Internet Safety. While these tips are easy, encryption can get much more complicated, and there are many options when choosing the perfect encryption method for your needs.

Though the internet can seem like a dangerous place to conduct business, it does not have to be. With the help of thought leaders like Black Line IT and other Technology companies around the world, we can inform users on best practices and make it a little safer one person at a time.

To assess your SMB and determine your risk level, click here for a free assessment!

If you have any questions leave a comment below and a technician will respond ASAP.

From all of us at Black Line IT, we hope you have a wonderful day.

Jody is a Managing Member and Founder of Black Line. Jody started in the software world at the age of 12, helping his dad test software in their garage. He understands that business people are busy doing what they excel at, which leaves little time to keep up with IT trends, decide what technology is best for them, and manage the people to make sure they’re getting the most out of it. That’s why he started Black Line, to give business people peace of mind that their technology was in good hands. 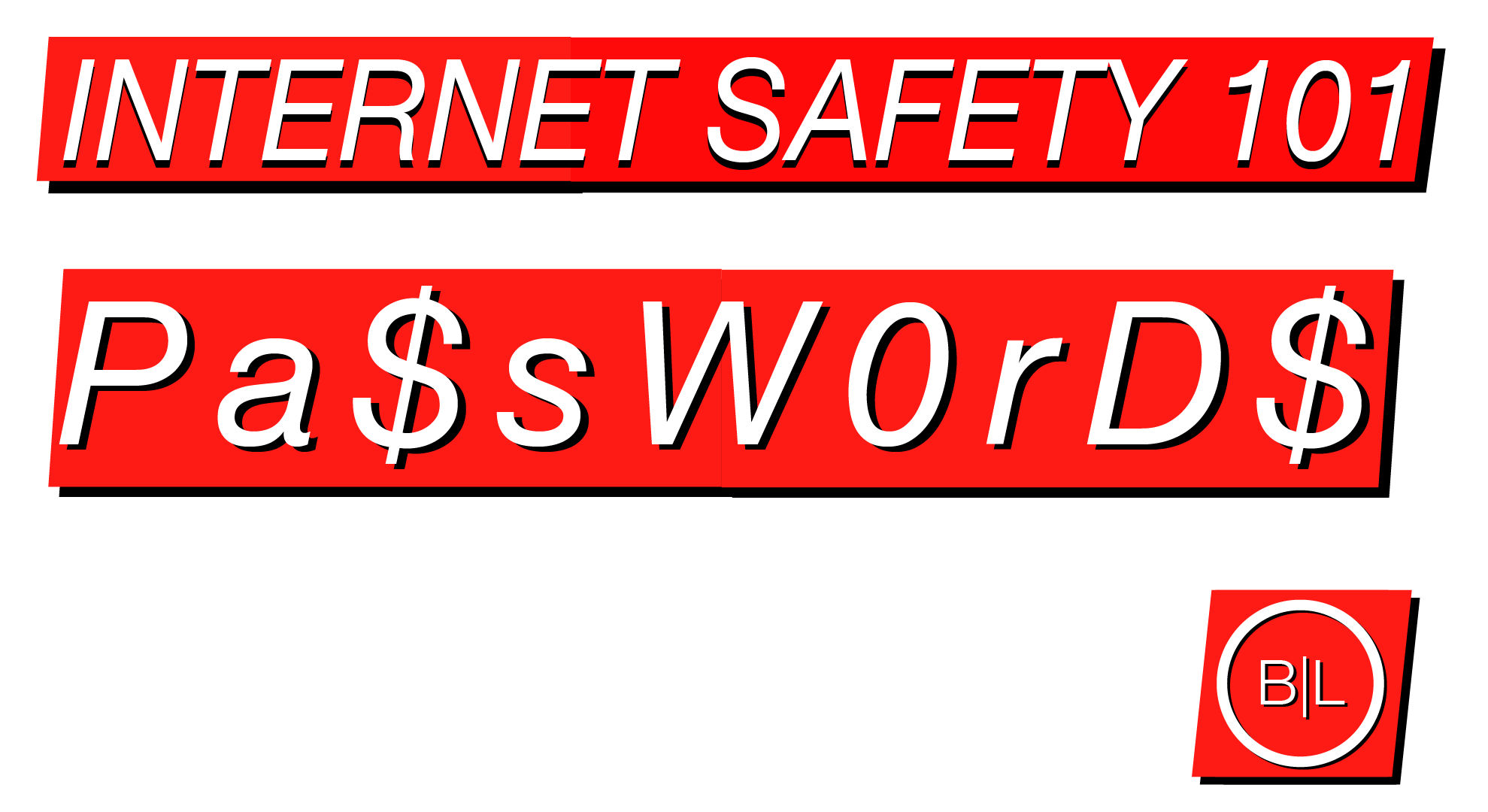 Why Are Passwords So Important For Internet Safety?
January 10, 2023

How an IT Service Provider Can Help With Cyber Insurance
November 05, 2022